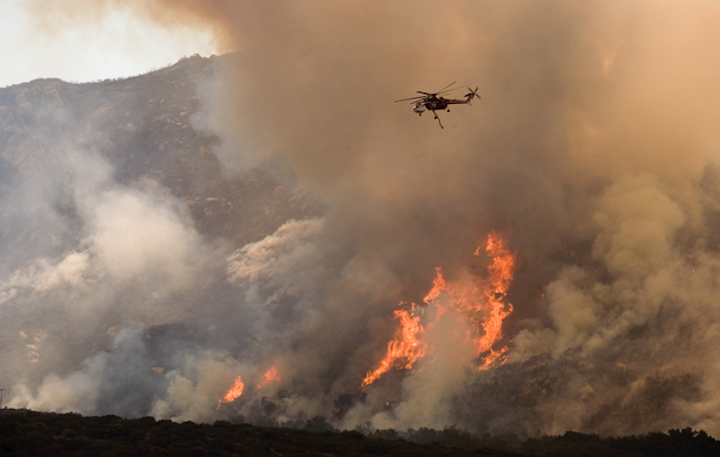 VENTURA, Calif. (AP) — Ranchers who lost cattle and property during California's largest-ever wildfire sued a utility on Thursday for allegedly failing to maintain aging equipment and manage vegetation in areas where the blaze was sparked.

The plaintiffs include Aubrey and Kim Sloan, who lost more than 50 cattle and thousands of acres of land when flames ripped through their ranch northwest of Los Angeles.

The Thomas fire covered more than 440 square miles and destroyed more than 1,000 buildings.

A separate suit filed last month by nearly 300 residents, farmers and business owners also accuses SCE of negligence that led to the fire and subsequent mudslides.

The findings of a multi-agency investigation into the cause of the December fire have not been released.

"The Thomas fire obviously has had an impact on many individuals, but the origin and cause of the fire continue to be under investigation and no report has yet been issued," SCE spokesman David Song said in a statement. "This and other lawsuits are not based on findings related to an investigation. Therefore, it would be premature for SCE to comment on the origin or cause of the recent wildfires."