More than 33,000 power customers across Puerto Rico remain in the dark 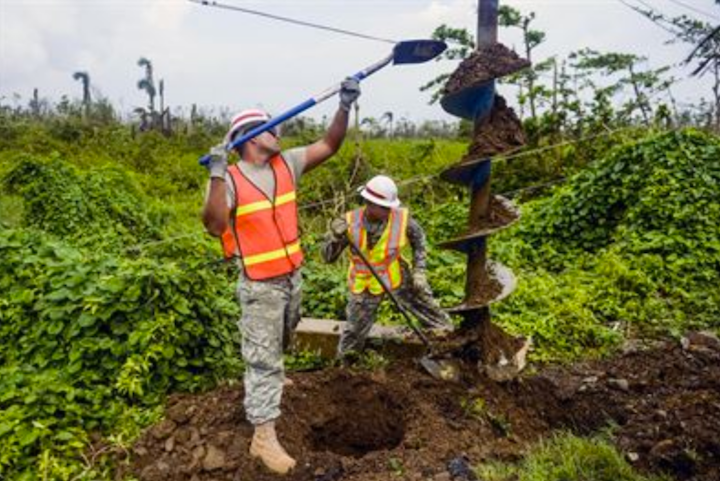 SAN JUAN, Puerto Rico (AP) — Puerto Rico's Senate has ordered government agencies to explain why tens of thousands of people in rural areas remain without power or appropriate shelter as anger grows about the lack of basic services more than seven months after hurricanes Irma and Maria.

The agencies have been given five days to present a plan on how and when they will address the needs of rural towns, an order that came as police in a small mountain town blocked power crews from leaving Tuesday. Joining the protest was the mayor and dozens of people who noted that nearly 40 percent of Las Piedras' inhabitants were still without electricity service as crews prepared to leave for another town on company orders.

"This is unfair," 62-year-old town resident Rafael Jimenez said by phone. "I don't have a problem with other towns getting power because it's a national necessity, but we need it, too."

The standoff caught the attention of top Puerto Rico government officials and ended several hours later after the power company promised it would keep crews in Las Piedras until service is fully restored. Justo Gonzalez, the company' executive sub director, said in a statement that he is committed to restoring power to everyone but that blocking crews would only delay those efforts.

More than 33,000 power customers across Puerto Rico remain in the dark, including Jimenez, who said he has spent hundreds of dollars to run a small generator to help keep his relatives alive.

Jimenez is caring for his 97-year-old grandmother, who is bedridden and relies on an oxygen tank, as well as for his elderly parents. His mother relies on refrigerated insulin.

The family has been without power since Hurricane Irma, which brushed past Puerto Rico's northeastern coast as a Category 5 storm Sept. 6. Maria then hit the island Sept. 20 as a Category 4 storm, killing dozens of people and causing more than an estimated $100 billion in damage.

"People are not doing well," Las Piedras Mayor Miguel Lopez told The Associated Press, noting that there are many elderly people in his town. "They are suffering."

The mayors of rural towns across Puerto Rico recently complained that they remain largely forgotten, prompting the island's Senate president on Monday to order agencies such as the power company as well as Puerto Rico's department of transportation and housing authority to submit a restoration plan and a timetable to meet the mayors' needs.

The U.S. Army Corps of Engineers, which is overseeing federal power restoration efforts on the island, has said they expect to restore power to everyone by late May. Many remain wary of that timetable, including federal legislators who have requested that the agency's mission be extended as they note that the Atlantic hurricane seasons starts June 1.