The 60-mile, 345-kV line is the southern leg of the Houston Import Project and runs through Grimes, Waller and Harris counties. It was finished several months ahead of the Electricial Reliability Council of Texas' original estimates of a June completion. 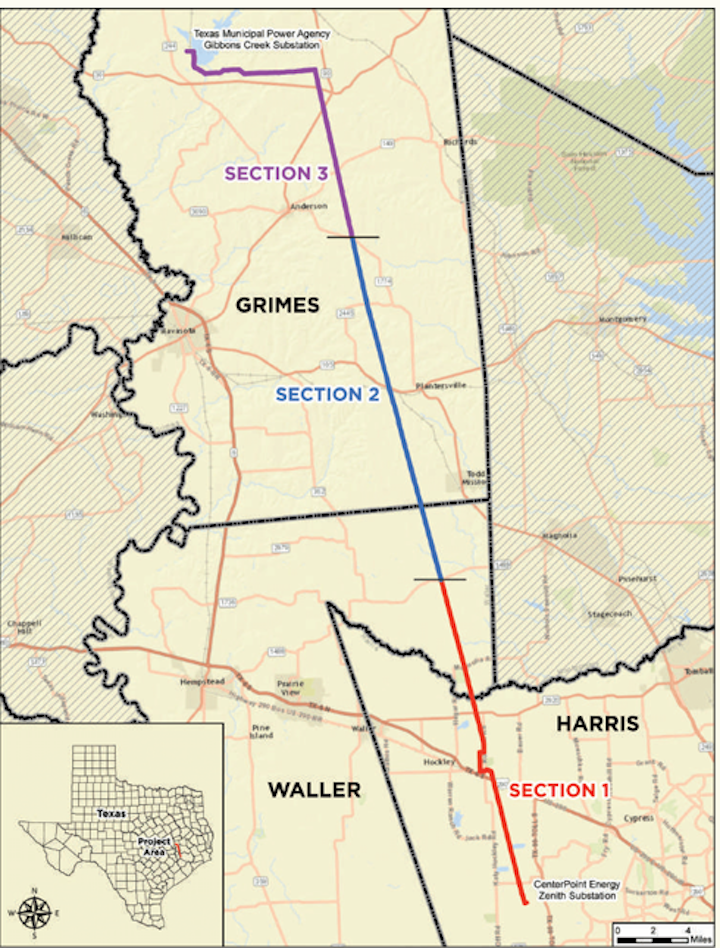 The 60-mile, 345-kV line is the southern leg of the Houston Import Project and runs through Grimes, Waller and Harris counties. It was finished several months ahead of the Electricial Reliability Council of Texas' original estimates of a June completion.

"We appreciate the collaboration among many individuals with whom we have worked on this project," said Kenny Mercado, senior vice president of electric operations, CenterPoint Energy. "Without the support of landowners, county officials, local and state agencies and environmental agencies, this project would not be the success that it is today."

CenterPoint Energy's total project capital cost is approximately $285 million, in line with the estimated range of approximately $270 to $310 million in the Public Utility Commission of Texas' original order regarding the project. The estimated impact to a residential customer within CenterPoint Energy's service territory using 1,000 kWh per month is less than $0.20 per month.

"I'm extremely proud of the hard work our team provided to get this much-needed project online," added Mercado. "Early completion of the Brazos Valley Connection represents CenterPoint Energy's leadership in safe and efficient project execution. The project will provide safe, efficient and reliable power and help address infrastructure needs to meet the growing demand in the Houston area."

In 2014, the Electric Reliability Council of Texas identified the Houston Import Project as critical to providing additional transmission capacity to import power into the Houston area by June 2018. The entire project consists of a 130-mile, 345-kV electric transmission line running from Limestone County to Harris County.