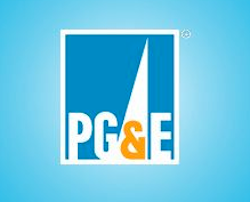 PG&E is taking action to pass along about $450 million in annual tax savings to its customers.

Also, the company filed its 2018 Catastrophic Events Memorandum Account (CEMA) application requesting cost recovery of $183 million for safely restoring power for fire and storm declared emergencies from the middle of 2016 through early 2017.

The 2018 CEMA filing also includes recorded costs of $405 million for work to prune, cut back or remove dead or dying trees in 2016 and 2017 resulting from years of drought conditions and associated bark beetle infestation, as well as a forecast of $555 million for additional tree mortality and fire mitigation work anticipated in 2018 and 2019.

“We’ve committed to making sure that the changes to the federal tax law benefit our customers. PG&E has proposed that the savings from the federal tax law changes be used to offset currently approved or anticipated rate increases to stabilize customers’ rates and bills,” said Robert Kenney, PG&E vice president of Regulatory Affairs.

The catastrophic events filing includes wildfires in three counties in 2016, and a series of strong storms throughout the service area from December 2016 to February 2017. In all, atmospheric river and extreme wind storms caused power outages impacting more than 2.5 million PG&E customers and damaged or destroyed nearly 17,000 pieces of the PG&E electric system including poles, wires, transformers and more. The filing is unrelated to the October 2017 Northern California wildfires.

In the past five years, weather impacting PG&E’s service area has been record-setting and extreme. The effects of climate change and weather-driven events on the company’s electric and gas infrastructure have been more significant and costly to repair.

PG&E’s enhanced vegetation management work to prune or remove dead or dying trees began in 2014. At that time, the CPUC directed PG&E to take measures to reduce fire risk due to the declared drought emergency and allowed the company to request cost recovery outside of the General Rate Case where the company recovers the costs of its routine vegetation management work. Even though the drought emergency ended last year, the declaration directed the state to continue activities to manage the lingering drought impacts. PG&E continues its vegetation work to comply with the declaration and the state Tree Mortality Emergency.

PG&E expects to work collaboratively with the CPUC to determine the timing and the best way to pass the tax savings along to its customers given the impact on customer rates from the 2018 CEMA application and other factors. PG&E has historically worked closely with the Commission to stabilize rates and bills by using unexpected cost reductions like the federal tax savings to offset expected cost increases.

As a next step in passing along the additional tax savings to customers, PG&E expects to reflect additional federal tax savings of approximately $125 million from other rate cases, including a pending Federal Energy Regulatory Commission (FERC) proceeding.