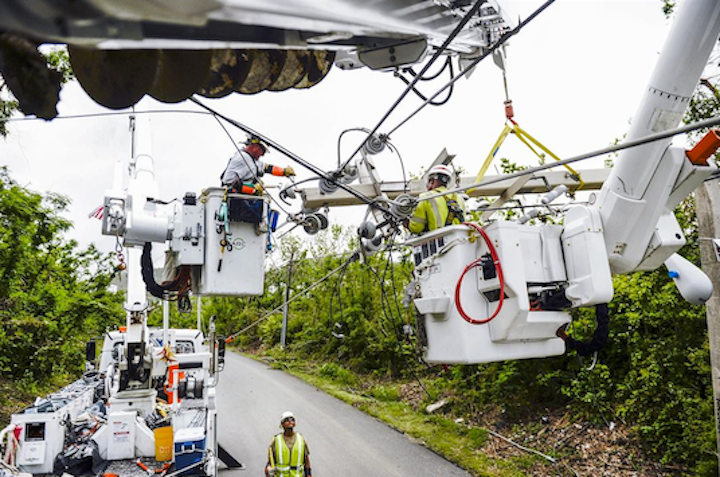 The whole island of Puerto Rico has no electric power, the Associated Press is reporting Wednesday morning.

No causes of the outage or estimates of its duration are available yet.

The island territory's power grid has been unstable since Hurricane Maria hit September 20, and even before that.

Maria, a Category 4 storm, caused an estimated $200 billion in damages. The cost to repair the power grid is estimated at around $17.6 billion.

Previously, officials had reported the lingering power outages stemming from Maria's impact would be addressed by May, however accidents continue to cut people off from power.

For example, a fallen tree knocked out power to 870,000 customers last week.