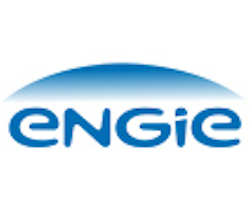 The company is headquartered in Flushing, near New York City and has offices in East Rutherford, New Jersey and Naples, Florida. The company was founded in 1947 and has 770 employees.

This acquisition provides ENGIE North America a broad platform to deliver electrical construction, maintenance, and IT services that complement ENGIE’s other energy supply, energy optimization and building modernization offerings to commercial, industrial and public sector customers in the United States.

“Unity has earned a reputation of highly efficient, reliable, and responsive project execution and service for customers who include blue-chip financial institutions, healthcare providers, general contractors and construction companies, and transportation operators, having several of these customers for more than 25 years,” said Frank Demaille, President and CEO of ENGIE North America. “With an experienced management team whose average tenure with the company is 21 years, Unity represents a key new piece of ENGIE’s solution set for current and future customers. We look forward to welcoming these 770 employees to join our efforts to expand our business here in North America.”

“With ENGIE’s strategic incorporation of skilled electrical and mechanical firms into our suite of energy service offerings, ENGIE is focused on leveraging Unity’s track record of highly successful projects to develop best-in-class results for our customers across the U.S.,” shared John Mahoney, CEO and President of ENGIE Services U.S. “The expertise of the Unity team enhances ENGIE’s ability to develop and deliver customer-centric energy services with integrated solutions unique in the industry.”

Building off a strong legacy of leadership by long-time Chairman and CEO Peter Striano, newly-appointed Unity CEO and President Joseph Tranchina shared excitement over the next chapter of the company under ENGIE. “In my role as President and COO for the past four years, I have been fortunate to be part of an industry-leading team improving the electrical and data needs of some of the world’s most admired organizations.

Under Peter Striano’s leadership, Unity has been intent on finding a long-term, new company home where our ongoing growth is supported by both national and global reach. As a new part of the ENGIE family of companies, Unity is now better positioned than ever to continue delivering electrical construction, data and telecom, IT, and critical safety and security systems in a dynamic region characterized by high energy demand.”