Owner of Florida's largest electric utility gets even bigger

Parts of the transaction need to be approved by federal regulators 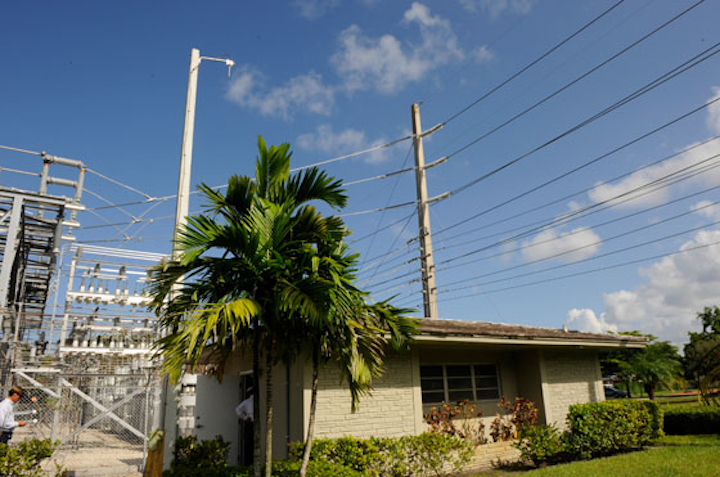 JUNO BEACH, Fla. (AP) — The owner of Florida's largest power company on Monday dramatically expanded its reach in the state after announcing it was acquiring the main utility that serves nearly a half-million customers in northwest Florida.

NextEra Energy announced it had reached a $6.475 billion deal with Atlanta-based Southern Co. to purchase Gulf Power as well as Florida City Gas and ownership interests the utility has in two natural gas plants operating in Florida. The deal includes the assumption of $1.4 billion in debt owed by Gulf Power.

NextEra Energy is the parent company of Florida Power & Light, the state's largest utility which has nearly 5 million customers.

"These transactions will provide meaningful benefits for the state of Florida, and Gulf Power and Florida City Gas customers, as well as NextEra Energy shareholders," said Jim Robo, chairman and chief executive officer of NextEra Energy in a statement.

If the deal goes through it will end Southern Co.'s presence in Florida.

"These Florida businesses are being sold at a price that provides substantial value to our stockholders, while entrusting the customers of these exceptional franchises to a high-quality utility company that has a well-established presence in the state," said Thomas A. Fanning, chairman, president and CEO of Southern Co. in a statement.

Rob Gould, a spokesman with Florida Power & Light, said if the transaction goes through as expected that Gulf Power would continue to operate as a stand-alone company and brand.

But the acquisition highlights how FPL and its parent company are still growing in the state. It is currently in the middle of a $185 million purchase of the electric system run by the city of Vero Beach.

Florida Power & Light already carries considerable clout in state government and is a hefty contributor to political campaigns. FPL has already made more than $5 million in political donations in the 2018 election cycle.

The Southern Alliance for Clean Energy put out a statement that "it raises concerns that any one monopoly utility would control such a significant percentage of Florida's energy market. Such consolidation of control may limit competition at a time when we need more and not less."

Parts of the transaction need to be approved by federal regulators. NextEra Energy said it expects to complete the acquisition of Florida City Gas later this year and Gulf Power in the first half of 2019.