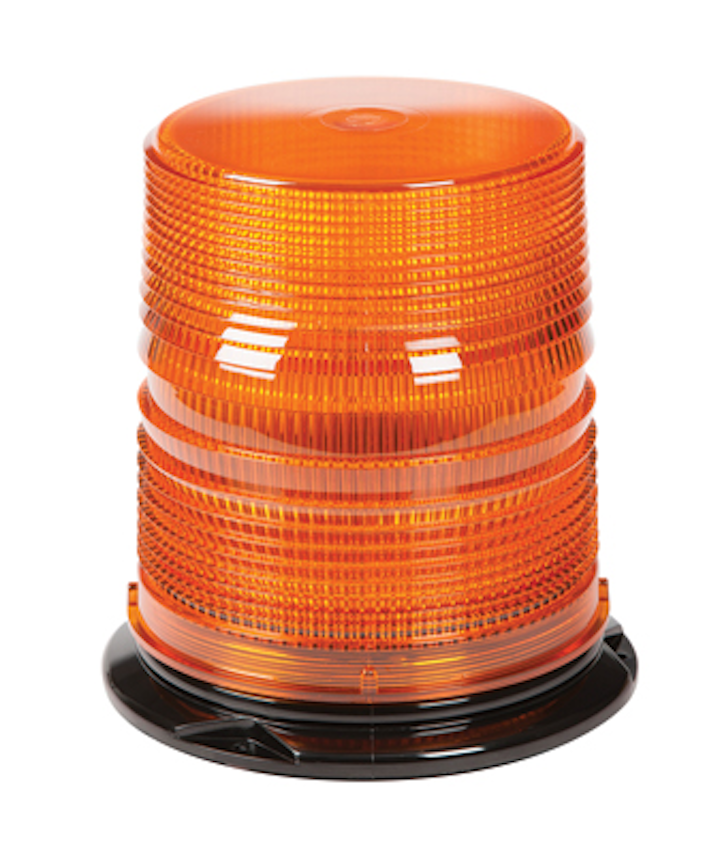 To ensure the visibility and safety of everyone on the road, the Society of Automotive Engineers (SAE) mandates that vehicles such as construction, utility, tow and snowplow trucks be equipped with hazard and warning lights. Whether roof-mounted beacons or directional surface-mounted to the vehicle’s body or grill, these flashing strobe lights serve to capture the attention of motorists and pedestrians and warn of a potentially hazardous activity or situation.

Available in several colors, including amber, white and blue, and featuring a variety of pulsating strobe effects, these lights come in several SAE classes and mounting styles depending on how quickly the vehicle will be moving.

However, as the lighting world continues to transition to LEDs, these hazard and warning lights are now available in low-electrical-consumption, long-life models that far exceed traditional halogen or gas-discharge options.

Making this move even more attractive for fleet managers are the plummeting prices of LED technology, which have decreased to the point that many vehicles that require Class 2 lights are instead being outfitted with brighter, Class 1 options given the minimal price differential.

“Today, the entire hazard and warning light industry is undergoing a significant sea change — namely, the industry’s shift to LED technology,” said Chris Cammack of Grote Industries, a U.S.-based manufacturer of vehicle lighting and safety systems that has offered warning strobe lights for over 20 years, including an array of LED models. 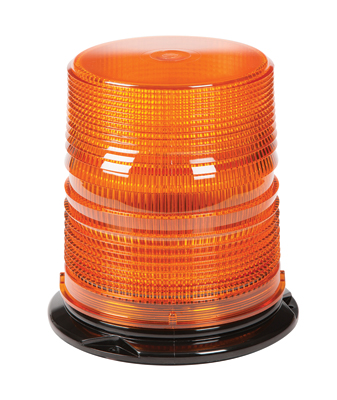 LEDs consume only 25-35 percent of the power of gas-discharge strobe and halogen lights. As a result, LED strobe lights have a service life that is 10 times longer.

“The reason for this migration comes down to three factors: energy efficiency, longer service life, and brightness,” added Cammack. “LEDs consume less power than any other lighting technology on the market and are powered by low voltage, allowing for minimal draw of electrical current from the vehicle’s battery.”

By contrast, halogen lights draw an excessive amount of current, which can eventually lead to draining the vehicle’s battery. In addition, they are known for poor energy efficiency, with halogen lights losing as much as 95 percent of their energy to heat.

Gas-discharge strobe lights are equally inefficient. However, unlike with halogen lights, it is not due to excessive current draw but rather the intense and concentrated heat generated by the strobe, which can significantly shorten the service life of the flash tube.

LEDs, on the other hand, consume only 25-35 percent of the power of gas-discharge strobe and halogen lights. As a result, LED strobe lights have a service life that is 10 times longer, often lasting 70,000 hours or more.

With most of the world transitioning to LEDs, the quality has continued to improve as well. In the early days of LEDs, they were not bright enough to meet SAE requirements for luminous intensity of hazard and warning lights, measured in candelas. However, technology has advanced to the point that LEDs are now as bright as — if not brighter than — the average strobe or halogen light.

“LEDs today are much brighter,” said Dan McCann of Star Lighting Products, a company that manufactures warning systems and emergency lights. “Today, they are more than bright enough to meet the SAE standard for candela over 100 feet.”

LEDs are now as bright as — if not brighter than — the average strobe or halogen light. As the lighting world continues to transition to LEDs, these hazard and warning lights are now available in low-electrical-consumption, long-life models that far exceed traditional halogen or gas-discharge options.

Another barrier to early adoption was the initial price point, another aspect that has dramatically changed in the past decade, said McCann.

“The cost to upgrade to LED strobe lights was prohibitive, at least initially,” he explained. “Fortunately, the prices have come down significantly in the past 10 years, and now they are about the same.”

In fact, McCann believes LED models will soon become less expensive as fewer manufacturers make models with outdated technology. Companies like Grote and Star Lighting have phased out other technologies in favor of LED only.

“Fewer companies are manufacturing gas-discharge strobe warning lights, so the price of those units is actually going up,” said McCann. “In a couple of years, it will actually cost more for a gas-discharge or halogen strobe.”

For manufacturers such as Grote, the options are virtually unlimited. The company offers Class 1-3 permanent, vacuum and magnetically mounted beacon lights in both regular and high profiles and myriad strobe patterns. Most of the company’s LED offerings only draw 0.4–0.35 amps at 12 VDC.

The company also offers LED directional surface-mount strobes in 3-, 6- and 12-diode options that feature 12 different selectable flash patterns in either of two phases, including “steady-on.” These require only about 0.1 amps per diode.

Additionally, 20-, 30- and 40-inch LED “traffic directors” with 34 warning flash patterns and 5 phase options are available, which are ideal for mounting on front push bumpers, pickup trucks, headache rack and running board lights.

McCann added that it is important when upgrading to LED strobe lights to be cautious when purchasing inexpensive, imported products. Although they may be cheaper initially, some overseas suppliers utilize lower quality LED components. UP

Grote Industries is one of the world’s leading manufacturers and marketers of vehicle lighting and safety systems. For more information, visit www.grote.com/warning-hazard.

It’s important for technicians to have the tools they need on their trucks, but carrying extra equipment can easily make a truck overweight and less efficient.
Nov 1st, 2018