VIDEO: More than 14 million Americans affected by power outages in 2014 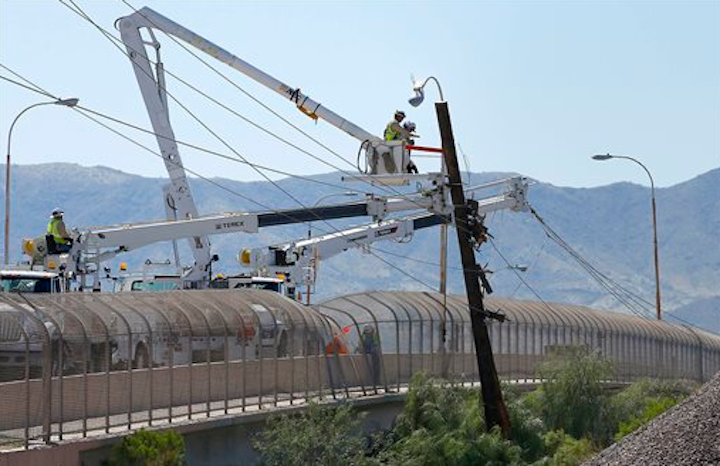 California topped the list of states with the most power outages, followed by Texas and Michigan, according to power management company Eaton.

On average, 3,996 people were affected for over 40 minutes per outage in 2014 and power failures created difficulties for people and businesses in all 50 states, according to the 2014 Eaton Blackout Tracker Annual Report. 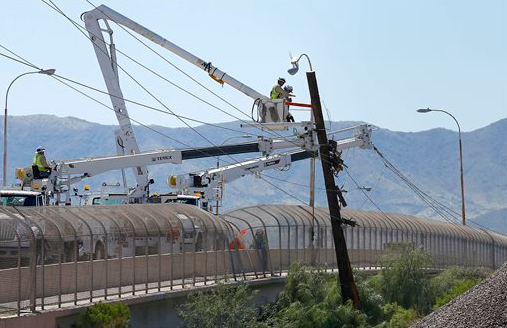 Overall, 3,634 reported outages were used as the basis for the 2014 report, representing an increase of more than 12 percent from the 3,236 outages reported in 2013. The reported number of people affected by outages increased from 14 million in 2013 to 14.2 million in 2014. However, complete data is often unavailable on certain aspects of reported outages, including the number of people affected and the duration of the blackout.

Among the most unusual causes of power outages in 2014:

· Atlanta, Georgia: On December 13, a parking attendant accidentally gave the keys to an Audi A7 to the wrong person. Instead of pointing out the mistake the person took the car and crashed into a power pole, leaving 4,800 residents without power.

· Lihue, Hawaii: On September 28, a chicken knocked out power to nearly half the island when it got into co-op equipment at the Kapaa switchyard, tripping the circuit breakers.

· St. Petersburg, Florida: On February 24, a fire truck was blamed for an outage that left 400 residents in the dark. The truck’s ladder accidentally hooked some power lines and pulled them down, which sparked an outage.

According to federal databases at the Department of Energy and the North American Electric Reliability Corporation, the U.S. suffers more blackouts than any other developed nation. There is a heightened industry awareness for the costly effects of power outages, which was highlighted in a recent Eaton survey where 59 percent of information technology (IT) professionals responded that ensuring uptime was their most significant challenge.

Additionally, the survey found 37 percent of respondents reported suffering unplanned downtime in the past two years. Although power failures are common due to weather and unforeseen events, uninterruptible power systems, generators and power management software solutions are designed to deliver reliable power during outages.

Eaton is a power management company with 2014 sales of $22.6 billion. Eaton provides energy-efficient solutions that help our customers effectively manage electrical, hydraulic and mechanical power more efficiently, safely and sustainably. Eaton has about 102,000 employees and sells products to customers in more than 175 countries.