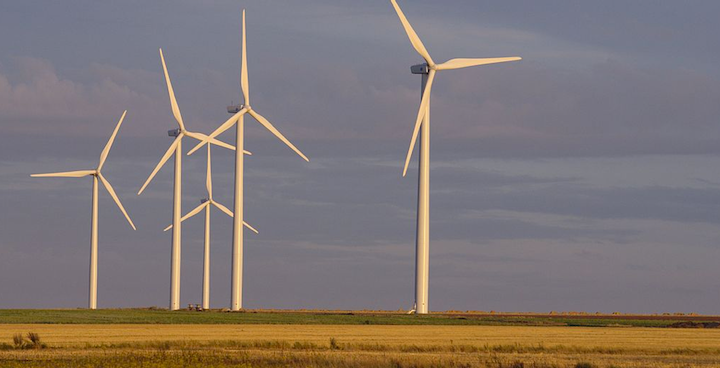 The U.S. wind power fleet is second largest in the world and meets 4.9 percent of U.S. end-use electricity demand in an average year. In total, 4,854 MW of new wind energy capacity were installed in the United States in 2014. DOE released the wind report documents on Aug. 10.

The 2014 Wind Technologies Market Report also finds that wind energy prices are at an all-time low and are competitive with wholesale power prices and traditional power sources across many areas of the country.

Additionally, a new trend identified by the 2014 Wind Technologies Market Report shows utility-scale wind turbines with larger rotors designed for lower wind speeds were increasingly deployed across the country in 2014.

The U.S. wind industry has had a ripple effect on the American economy, supporting 73,000 jobs related to development, siting, manufacturing, transportation and other industries, according to the report.

Wind power capacity additions across the nation rebounded in 2014, and continued growth through 2016 is anticipated. Recent and projected near-term growth is supported by the industry’s primary federal incentive, the production tax credit, which is available for projects that began construction by the end of 2014. Wind additions are also being driven by recent improvements in the cost and performance of wind power technologies.

“At the same time, the prospects for growth beyond 2016 are uncertain,” according to the report’s executive summary. “The PTC has expired, and its renewal remains in question. Continued low natural gas prices, modest electricity demand growth, and limited near-term demand from state renewables portfolio standards (RPS) have also put a damper on growth expectations.”

Wind power represented 24 percent of electric-generating capacity additions in 2014. The United States ranked third in annual wind additions in 2014, but was well behind the market leaders in wind energy penetration. Global wind additions reached a new high in 2014, with cumulative capacity standing at 372,000 MW. The United States remained the second leading market in terms of cumulative capacity, but was the leading country in terms of wind power production.

Texas installed the most capacity in 2014 with 1,811 MW, while nine states exceed 12 percent wind energy penetration. New utility-scale wind turbines were installed in nineteen states in 2014, according to the DOE report.