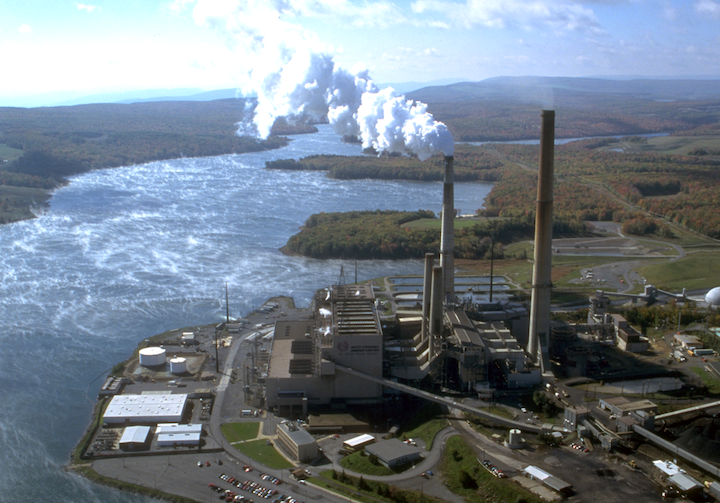 According to the White House, the Clean Power Plan establishes the first-ever U.S. standards to limit carbon pollution from power plants. We already set limits that protect public health by reducing soot and other toxic emissions, but until now, existing power plants, the largest source of carbon emissions in the United States, could release as much carbon pollution as they wanted.

The final Clean Power Plan sets standards to reduce carbon dioxide emissions by 32 percent from 2005 levels by 2030, 9 percent more than the proposal.

By setting carbon pollution reduction goals for power plants and enabling states to develop tailored implementation plans to meet those goals, the Clean Power Plan is a framework that will:

· Provide public health benefits — The Clean Power Plan, and other policies put in place to drive a cleaner energy sector, will reduce premature deaths from power plant emissions by nearly 90 percent in 2030 compared to 2005 and decrease the pollutants that contribute to the soot and smog and can lead to more asthma attacks in kids by more than 70 percent. The Clean Power Plan will also avoid up to 3,600 premature deaths, lead to 90,000 fewer asthma attacks in children, and prevent 300,000 missed work and school days.

· Create tens of thousands of jobs while ensuring grid reliability;

· Drive more aggressive investment in clean energy technologies than the proposed rule, resulting in 30 percent more renewable energy generation in 2030 and continuing to lower the costs of renewable energy.

· Give a head start to wind and solar deployment and prioritize the deployment of energy efficiency improvements in low-income communities that need it most early in the program through a Clean Energy Incentive Program; and

The final Clean Power Plan takes into account the unprecedented input EPA received through outreach, including the 4 million comments that were submitted to the agency during the public comment period.

Key features of the plan, according to the White House include:

Provides flexibility to states to choose how to meet carbon standards: EPA’s Clean Power Plan establishes carbon pollution standards for power plants, called carbon dioxide (CO2) emission performance rates. States develop and implement tailored plans to ensure that the power plants in their state meet these standards– either individually, together, or in combination with other measures like improvements in renewable energy and energy efficiency. The final rule provides more flexibility in how state plans can be designed and implemented, including: streamlined opportunities for states to include strategies like trading and demand-side energy efficiency in their plans, and allows states to develop “trading ready” plans to participate in “opt in” to an emission credit trading market with other states taking parallel approaches without the need for interstate agreements. All low-carbon electricity generation technologies, including renewables, energy efficiency, natural gas, nuclear and carbon capture and storage, can play a role in state plans.

More time for states paired with strong incentives for early deployment of clean energy: State plans are due in September of 2016, but states that need more time can make an initial submission and request extensions of up to two years for final plan submission. The compliance averaging period begins in 2022 instead of 2020, and emission reductions are phased in on a gradual “glide path” to 2030. These provisions to give states and companies more time to prepare for compliance are paired with a new Clean Energy Incentive Program to drive deployment of renewable energy and low-income energy efficiency before 2022.

Creates jobs and saves money for families and businesses: The Clean Power Plan builds on the progress states, cities, and businesses and have been making for years. Since the beginning of 2010, the average cost of a solar electric system has dropped by half and wind is increasingly competitive nationwide. The Clean Power Plan will drive significant new investment in cleaner, more modern and more efficient technologies, creating tens of thousands of jobs. Under the Clean Power Plan, by 2030, renewables will account for 28 percent of our capacity, up from 22 percent in the proposed rule. Due to these improvements, the Clean Power Plan will save the average American nearly $85 on their energy bill in 2030, and save consumers a total of $155 billion through 2020-2030, reducing enough energy to power 30 million homes.

Rewards states for early investment in clean energy, focusing on low-income communities: The Clean Power Plan establishes a Clean Energy Incentive Program that will drive additional early deployment of renewable energy and low-income energy efficiency. Under the program, credits for electricity generated from renewables in 2020 and 2021 will be awarded to projects that begin construction after participating states submit their final implementation plans. The program also prioritizes early investment in energy efficiency projects in low-income communities by the Federal government awarding these projects double the number of credits in 2020 and 2021. Taken together, these incentives will drive faster renewable energy deployment, further reduce technology costs, and lay the foundation for deep long-term cuts in carbon pollution. In addition, the Clean Energy Incentive Plan provides additional flexibility for states, and will increase the overall net benefits of the Clean Power Plan.

Ensures grid reliability: The Clean Power Plan contains several important features to ensure grid reliability as we move to cleaner sources of power. In addition to giving states more time to develop implementation plans, starting compliance in 2022, and phasing in the targets over the decade, the rule requires states to address reliability in their state plans. The final rule also provides a “reliability safety valve” to address any reliability challenges that arise on a case-by-case basis. These measures are built on a framework that is inherently flexible in that it does not impose plant-specific requirements and provides states flexibility to smooth out their emission reductions over the period of the plan and across sources.

Continues U.S. leadership on climate change: The Clean Power Plan continues United States leadership on climate change. By driving emission reductions from power plants, the largest source of U.S. greenhouse gas emissions, the Clean Power Plan builds on prior administration steps to reduce emissions, including historic investments to deploy clean energy technologies, standards to double the fuel economy of our cars and light trucks, and steps to reduce methane pollution. Taken together these measures put the United States on track to achieve the President’s near-term target to reduce emissions in the range of 17 percent below 2005 levels by 2020, and lay a strong foundation to deliver against our long-term target to reduce emissions 26 to 28 percent below 2005 levels by 2025. The release of the Clean Power Plan continues momentum towards international climate talks in Paris in December, building on announcements to-date of post-2020 targets by countries representing 70 percent of global energy based carbon emissions.

Sets state targets and is directly responsive to input from states, utilities and stakeholders: In response to input from stakeholders, the final Clean Power Plan modifies the way that state targets are set by using an approach that better reflects the way the electricity grid operates, using updated information about the cost and availability of clean generation technologies, and establishing separate emission performance rates for all coal plants and all gas plants.

Includes a proposed federal implementation plan: EPA is also releasing a proposed federal plan today. This proposed plan will provide a model states can use in designing their plans, and when finalized, will be a backstop to ensure that the Clean Power Plan standards are met in every state.