Over the next several months, KCP&L will install more than 1,000 charging stations throughout the Greater Kansas City region 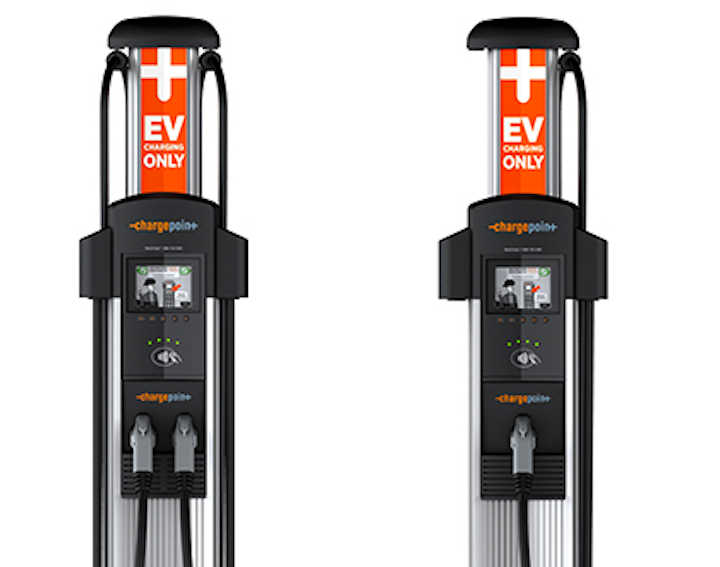 Over the next several months, KCP&L will install more than 1,000 charging stations throughout the Greater Kansas City region. This network of stations will be capable of supporting more than 10,000 electric vehicles.

Through partnerships with companies at host locations and with Nissan Motor Co., the Clean Charge Network will offer free charging on every station to all drivers for the first two years. The stations are manufactured by ChargePoint and will be part of the ChargePoint network of more than 20,000 charging spots in North America. 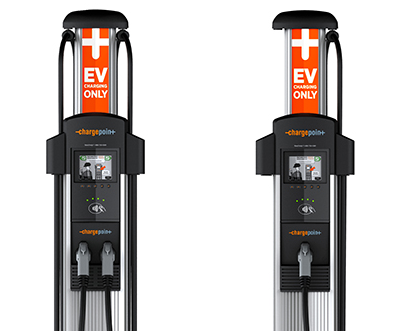 The charging stations will be installed strategically throughout KCP&L’s service region, ensuring there will be a charging station near where electric vehicle owners live and work.

Installation of the charging stations began in late 2014 and will be completed this summer. The first stations deployed on the network will include 15 fast charging stations provided by Nissan and KCP&L, which will charge any model of electric vehicle on the market.

Kansas City is the largest auto manufacturing center in the United States, outside of Detroit. That position makes the region well suited for leadership in the transportation of the future. Range anxiety — the fear of running out of power before reaching the next charging station — is a top concern for potential electric car buyers. By alleviating that anxiety and enabling more people to purchase electric vehicles, KCP&L’s Clean Charge Network continues Kansas City region’s leadership as an automotive center by creating new jobs and, ultimately, attracting new businesses and talent.

In addition to regional economic and environmental benefits, the Clean Charge Network can help keep electricity costs low for all KCP&L customers. As more drivers adopt electric vehicles, not only will vehicle emissions be reduced but the cost of operating and maintaining the electrical grid will be spread over increased electricity usage, benefitting everyone.

Those who drive electric vehicles will see the bill for fueling their cars go down because electricity is less expensive than gasoline, even at gasoline’s low current price. At the same time, increased efficient use of electricity will offset cost increases for operating the grid, which would otherwise become part of customer bills.

In 2011, KCP&L worked with the Kansas City Regional Clean Cities Coalition to bring ten charging stations to the area. KCP&L also deployed additional stations through the KCP&L SmartGrid Demonstration Project. All of these stations offered the opportunity to test technologies and behaviors while monitoring usage, laying the foundation for KCP&L’s Clean Charge Network.

Economies of scale with KCP&L’s Clean Charge Network will help keep costs low. As a utility, KCP&L’s costs are regulated by state commissions. These factors combine to ensure a fair price for the stations. The commissions will also help facilitate conversations to ensure all stakeholders have a voice.