The 495 MW power plant will burn Oklahoma natural gas and should be the most efficient combined-cycle power plant in the U.S., said Dan Sullivan, GRDA’s CEO 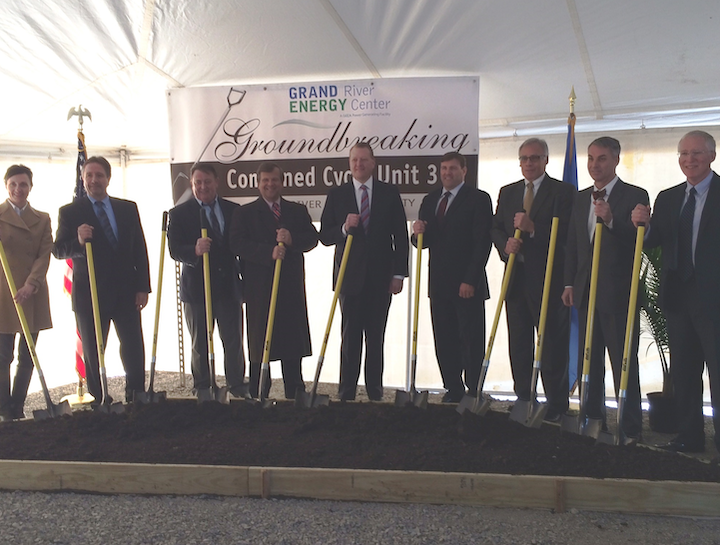 What will likely be the first Mitsubishi Hitachi Power Systems 501 J combined-cycle gas turbine (CCGT) in the Western Hemisphere to be connected to the grid is one step closer to becoming a reality. On Jan. 23, the Grand River Dam Authority (GRDA) broke ground for the new plant at its Grand River Energy Center near Chouteau, Okla.

The 495 MW power plant will burn Oklahoma natural gas and should be the most efficient combined-cycle power plant in the U.S., said Dan Sullivan, GRDA’s CEO, who greeted guests at the groundbreaking ceremony.

On the windy, but fairly mild January day in Oklahoma, Sullivan told the nearly 300 people who attended the event that it was a good day.

“This is a nice sunny January day for a ground breaking,” Sullivan said. “But even if there was a foot of snow on the ground and it was 20 degrees, it would still be a good day.”

This is the first new power plant on which GRDA has broken ground in more than 30 years. Its last two power plants to be built are located at the same site as this new plant. The 490 MW and 322 MW coal-fired units came on line in 1982 and 1985, respectively. The oldest of the two units will be retired and the other is being retrofitted with environmental upgrades that will allow it to meet the latest U.S. Environmental Protection Agency emissions standards. 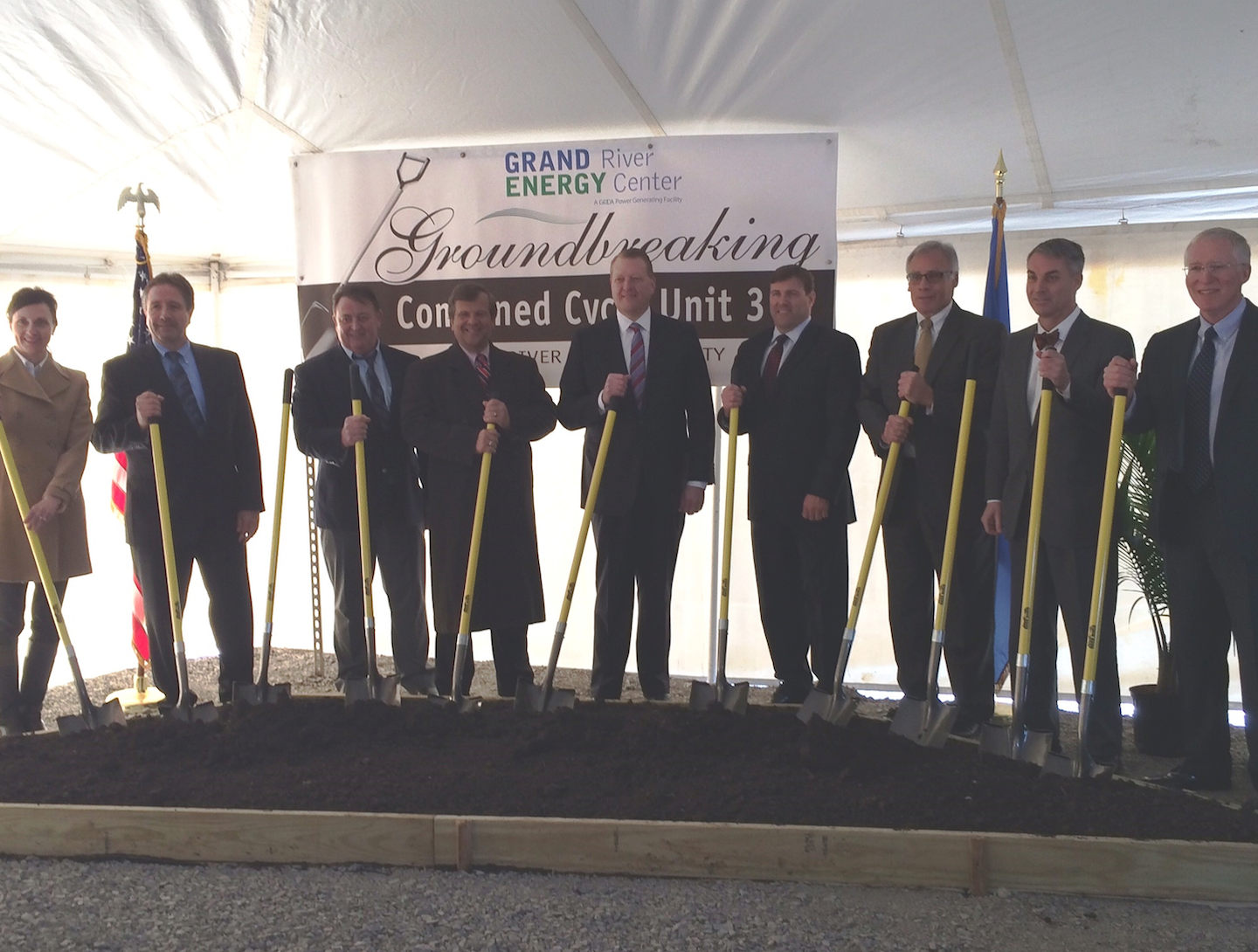 Tom Kimball, chairman of GRDA’s Board of Directors, said the new plant represents GRDA’s commitment to the region and its customers’ future.

“GRDA is building this new plant with no taxpayer dollars,” Kimball said.

“GRDA’s customers will pay for this new power plant,” said Steve Spears, GRDA’s director/municipal representative. “Our customers are our partners and have signed long-term supply contracts that run through 2042.”

David Walsh, Mitsubishi Hitachi Power Systems Americas’ president and CEO attended the event. He said that although this is the first 501 J machine that has broken ground in the North America and the western hemisphere, the technology is proven.

“We currently have 36 machines in the 501 J fleet,” Walsh said. “And, we have orders for five more in North America.”

The current operating fleet machines are located in Korea and Japan and they have more than 88,000 duty hours. The oldest unit has been operating for three years, Walsh said.

“This plant we broke ground on today will be a showcase for GRDA and Mitsubishi,” Walsh said. “We look forward to bringing customers to this site.”

When asked why GRDA chose Mitsubishi’s J machine, Sullivan said the company considered and vetted all options and felt that the 501 J will fulfill GRDA’s long range goals and provide the benefits it expects from this long-term investment.

“We knew that Mitsubishi wanted to get this machine in the market in North America and we are the beneficiaries of being an early adopter,” Sullivan said.

He’s confident that GRDA’s decision to build the 501 J is the right one.

The machine was designed and developed for markets in the eastern world where LNG is the main fuel. The gas turbine, therefore, must be highly efficient to make LNG use for electricity production feasible, Sullivan said.

Sullivan expects construction on the plant to be completed in December 2016 and online before the end of March 2017.

Once online, Sullivan said he expects the plant will be heavily used.

“If natural gas prices remain near today’s price, I expect this plant to be among the first dispatched in the Southwest Power Pool and to run at 70 percent or higher capacity.”

GRDA is an agency of the state of Oklahoma, created by the Oklahoma Legislature in 1935 to be a “conservation and reclamation district for the waters of the Grand River.”

Headquartered in Vinita, Okla., GRDA is a non-appropriated state agency, fully funded by revenues from the sale of electricity and water instead of tax dollars.

GRDA generates about 1,480 MW of electricity, which is transmits and sells across its 24-county service area in Northeast Oklahoma to municipalities, electric cooperatives and industrial customers, as well as off-system customers across a four-state region.

GRDA manages over 70,000 surface acres of water in Northeast Oklahoma.