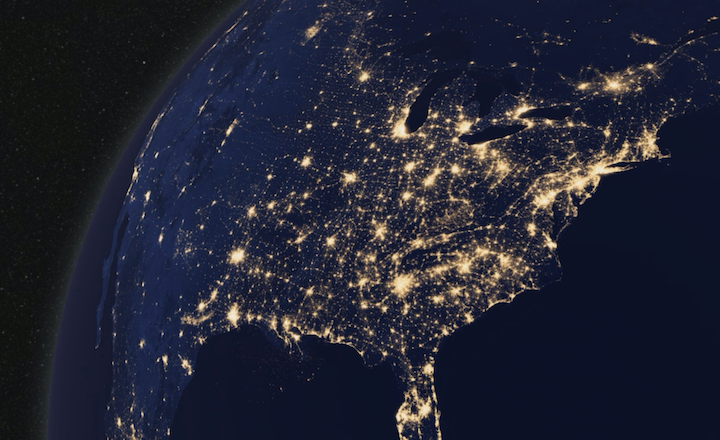 Throughout 2015, the utility industry struggled with new challenges, regulations even as it explored new opportunities to continue to deliver electricity safely and reliably. This year saw sweeping new regulations come into their final form, a continued trend toward natural gas and renewable energy and a historic worldwide agreement on climate change.

On a smaller scale, utilities and technology companies maintained their growing interest in microgrid technology and energy storage that can enable greater use of green power. Customers and the utilities that serve them wrangled in the policy sphere to decide the value of solar power, which is produced in greater amounts at people’s houses and businesses. And as demand for electricity grew at a sluggish pace, companies sized one another up for profitable mergers and acquisitions.

Here are some of the top stories that broke at Electric Light & Power in 2015.

With the stated goal of “fundamentally [changing] the way the world uses energy,” electric carmaker Tesla Motors unveiled the Powerwall, a battery energy storage system for home use. The 7 kWh model costs $3,000, leading some to call the devices just another toy for rich people, but the product’s unveiling got the public talking about the idea of houses that can both make and store their own energy — something not many outside the electricity industry often think about.

In mid-December, Congress sent the renewable energy industry an early Christmas present when it extended the production tax credit and the investment tax credits. The fact that these programs, which benefit developers of wind and solar power projects, were renewed and the fact that they were renewed for half a decade will encourage those who were looking to invest in renewable power by making the return on investment more favorable.

In November 2015, the U.S. generated enough wind power to run nearly 20 million average American homes — or meet the entire energy needs of Oklahoma, Nebraska, Kansas, Colorado and Wyoming. Wind power crossed the 50 GW and 60 GW thresholds in 2012. There are currently over 50,000 operating wind turbines in the U.S., at more than 980 utility-scale wind farms. China is No. 1 in the world on installed wind power capacity, but according to the EIA, the U.S. puts a greater amount of wind power onto the grid, meaning Americans make use of more wind power than any other country.

The rapid growth of rooftop solar for residences and businesses has led utilities and regulators to re-examine the questions of how much this solar power is worth, and how much disruption is it causing the power grid. Obviously the owners and installers of solar panels want the most bang for their buck, and the ability to pay fair rates. Utilities generally want the rates to be commensurate with the costs they pay to make the grid more compliant with distributed energy.

The public perception of this issue is that utilities dislike solar power and wish to shut it down, despite the fact that many utilities have programs to encourage solar adoption. But the fact is, more solar installation does change the picture for those who run the grid, and regulations will have to be changed in a way that hopefully allows the power grid to evolve and customers to continue reaping the benefits of generating their own power.

2015 was a busy year for utility company mergers and acquisitions, and this trend appears to be set to continue. Two major electric utilities, Duke Energy and Southern Co., made moves to snatch up natural gas companies Piedmont Energy and AGL Resources, respectively. The Exelon Corp./Pepco Holdings merger hit a snag in Washington, D.C., but appears ready to seal the deal sometime in 2016. The Energy Information Administration says this combined utility would be the largest in the U.S. on a customer basis. Also, Tampa-based TECO Energy learned it would be bought for more than $10 billion by Canada’s Emera.

While the Department of the Interior issued licenses for wind farms off the coasts of Rhode Island, Massachusetts, Maryland and Virginia, it was just off the coast of New Jersey where the first steel was sank for the nation’s first offshore wind farm. Due in part to NIMBY-ism, the U.S. has lagged behind Germany, the U.K., Denmark, The Netherlands and China. In addition, a Seattle-based company is floating a proposal for California's first offshore wind farm.

The PJM Interconnection noted that more than 9,200 MW of coal power was slated for retirement in 2015. About 7,900 MW of these happened in advance of the June 1 deadline of the EPA’s Mercury and Air Toxics Standards. Court challenges put the future of some parts of this regulation into question, but the standards were left in effect by the courts while the legal challenges continue.

California Gov. Jerry Brown began the year by doubling down on renewable energy, increasing what was already one of the country’s most ambitions renewable portfolio standards. California found itself already on target to generate at least a third of its electricity from renewable sources by 2020, and so the debate turned to how the state could do even better. The governor and Democratic legislative leaders wanted to include a provision in the current bill to cut petroleum use by half, but they met opposition from the oil lobby.

In December, 196 parties became signatories to a sweeping deal designed to cut harmful emissions across all sources, including power plants. The agreement will become legally binding if joined by at least 55 countries which together represent at least 55 percent of global greenhouse emissions. Although the agreement was hailed as a historic turning point by many world leaders, it is as yet unclear how many parties will accept the agreement. For example in the U.S., President Barack Obama praised the pact, but the Republican-controlled Congress may not ratify it.

The final draft of the EPA’s plan to regulate carbon dioxide from the nation’s power generation fleet was unveiled in the summer, and the legal challenges to it began instantaneously. The Clean Power Plan would reduce CO2 emissions from existing power plants by 30 percent by 2030. While advocates say the plan will provide flexibility to the power sector while it makes electricity cleaner. Its opponents have called it too rigid and inconsiderate of how much the changes it mandates will cost.