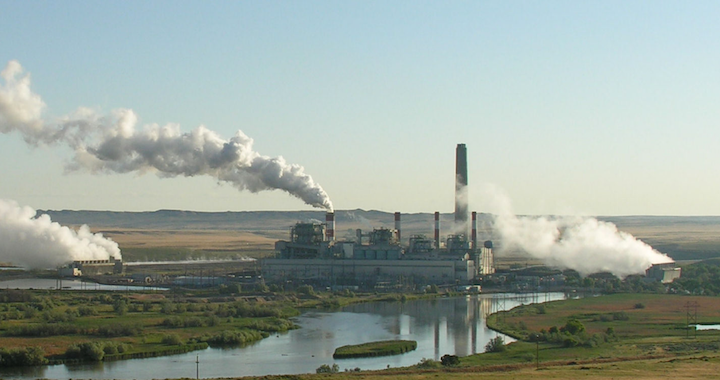 East Kentucky Power Cooperative applied July 24 with the Kentucky Public Service Commission for approval to acquire and operate the existing simple-cycle combustion turbine facilities in LaGrange in Oldham County, Kentucky, from Bluegrass Generation Co. LLC and for approval to assume certain evidences of indebtedness related to this acquisition.

While the coal-fired Spurlock Station, Cooper Station Unit 2 and Smith Station were all well-positioned to comply with the existing environmental rules, the economic viability of the coal-fired Dale Station and Cooper Station Unit 1 was called into question in light of the investments that would have been required to bring them into compliance with the EPA's new and forthcoming rules (i.e., the Mercury and Toxics Standards, Coal Combustion Residuals, Effluent Limitation Guidelines).

To address the potential loss of over 300 MW of capacity due to possible plant retirement (199 MW at Dale, 116 MW at Cooper Unit 1), EKPC retained The Brattle Group in May 2012 to assist with a request for proposals (RFP) and provide independent and unbiased analysis of the power supply opportunities submitted as part of the RFP. The 2012 RFP was structured to compare the costs required to bring the Dale Station and Cooper Station Unit 1 into compliance with MATS with the costs of alternative power supply options available in the market.

"The Cooper 1 retrofit was only a partial solution, however," the application noted. "EKPC still needs to replace the loss of approximately 199 MW of capacity from the retirement of the Dale Station as well as plan for future load growth and increases in load factor. The extreme weather occasioned by the 2014 Polar Vortex, combined with new demand peaks in winter 2015 and increased market volatility, confirmed that significant additional capacity is also necessary to mitigate market risk arising from EKPC's capacity shortfall, which totaled nearly 650 MW at the point of EKPC's recent historic winter peak. In addition, the Commission recently issued an Order in a Fuel Adjustment Clause review case that further underscored the importance of having physical generation capacity on hand."

To fill the capacity gap, EKPC undertook a "refresh" of the competitive bids from the 2012 RFP during the summer of 2014. Brattle was once again engaged to provide independent and unbiased analysis. The RFP Refresh identified the purchase of the Bluegrass Station as the best available power supply alternative.

Among other things, the acquisition helps EKPC achieve its strategic objectives of diversifying its power generation portfolio, maintaining financial strength, reducing reliance upon the PJM Interconnection market and power purchase agreements to provide capacity and energy during peak demands, provides a physical hedge against volatility in energy and capacity markets, and presents very little technology and performance risk.

Bluegrass leases and operates three natural gas-fired simple cycle combustion turbine units at the Bluegrass Generating Station, pursuant to a lease agreement, dated November 2000, with Oldham County. Each unit has a rated capacity of 198 MW, giving the Bluegrass Station a total rating of 594 MW of winter capacity. The Bluegrass net summer capacity is 165 MW per unit, for a total of 495 MW.

Bluegrass Unit 3 is currently subject to a tolling agreement that was entered into between Bluegrass and Kentucky Utilities and Louisville Gas & Electric in 2014. The fact that the Bluegrass Station is located on the western end of EKPC's territory helps achieve one of EKPC's strategic goals of giving greater geographic diversity to its generation fleet. Each of the units at the Bluegrass Station is projected to have a capacity factor that is consistent with other combustion turbines in EKPC's fleet. While the initial capacity factors are lower in the 2016-2022 timeframe, they are forecasted by Navigant to increase thereafter as federal carbon policy is implemented.

In addition to an independent Due Diligence Evaluation Report prepared by Burns & McDonnell Engineering, EKPC said it also engaged Siemens (the Original Equipment Manufacturer) to perform detailed borescope inspections on each of the Bluegrass units, witnessed the units in operation, and conducted extensive research into the specifications and quality of the assets involved.

There are currently five full-time equivalent (FTE) positions associated with Bluegrass' operation of the Bluegrass Station. Upon the completion of the acquisition, EKPC anticipates using the generation assets more frequently than they are currently used and, therefore, an around-the-clock labor presence will be necessary. EKPC may expand the current workforce at the Bluegrass Station to as many as ten FTE positions.

EKPC is a not-for-profit, member-owned generation and transmission rural electric cooperative corporation with its headquarters in Winchester, Kentucky. It provides wholesale electricity to its sixteen owner-member distribution cooperatives, which in turn serve approximately 525,000 Kentucky homes, farms and commercial and industrial establishments in 87 Kentucky counties.