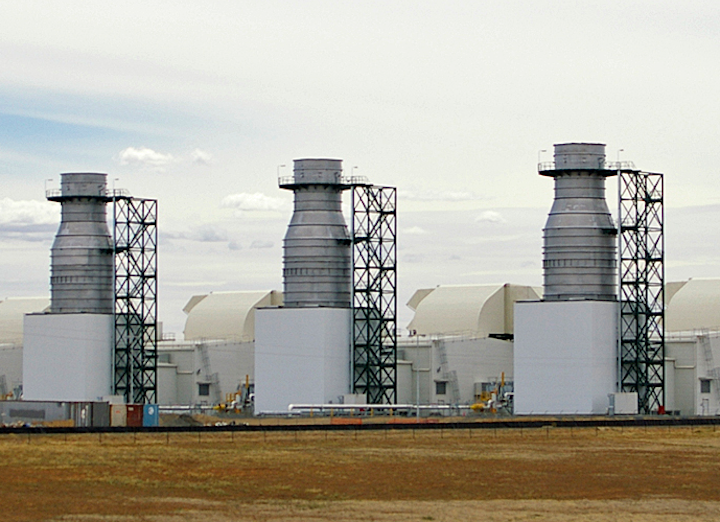 On a unanimous vote, the Florida Public Service Commission on July 21 approved a Duke Energy Florida purchase of the gas-fired Osprey power plant of Calpine Construction Finance Co. LP as the best way to meet this Duke Energy unit’s near-term power needs, with an expansion of Duke's existing Suwannee gas-fired plant the fallback option in case the Osprey purchase doesn't work out.

DEF initially petitioned the commission to determine that the Suwannee Simple Cycle Project and the Hines Chillers Power Uprate Project were the most cost-effective generation alternatives to meet that need.

However, on the first day of the hearing in this case, DEF made a motion to withdraw its request with respect to the Suwannee Simple Cycle Project. Subsequently, DEF executed an asset purchase and sale agreement for the Osprey Plant. The commission approved the Hines project.

An administrative hearing to address DEF's petition was held on June 3. Just prior to the hearing date, all of the parties proposed a stipulation of the issues in this case.

In 2014, DEF applied with the commission to upgrade its Suwannee and Hines power plants to meet capacity needs out to 2018, and to build the 1,640 MW Citrus combined-cycle gas plant next to the existing Crystal River coal/nuclear plant to meet its beyond-2018 needs. As part of a settlement with parties to the case, the commission approved last fall the Hines and Citrus projects, plus the Osprey acquisition, but only if Duke could reach an acceptable agreement with Calpine on that purchase.

The Osprey Plant (also called the Osprey Energy Center) is a natural gas-fired, combined cycle facility located in Auburndale, Polk County, Florida. It began commercial operation in 2004. It produces about 534 MW on a base load basis and up to 599 MW (nominal) with additional peaking capacity.

Duke said in a May 6 pre-hearing brief that the company’s current and projected customer and peak demand growth, and its existing and planned plant retirements and generation plant capacity reductions, demonstrate a need for additional generation capacity in the summer of 2017. It added: "DEF needs either the Osprey Plant or, if DEF cannot purchase the Osprey Plant, the Suwannee Simple Cycle Project to meet its remaining need for additional generation prior to 2018.

"Another driver in DEF’s need for additional generation is the retirement of or reduction in generation capacity on DEF’s system including the retirement of its Crystal River Unit 3 nuclear power plant, which accounted for approximately 790 MW of summer generation capacity on DEF’s system, and planned retirements of some of DEF’s oldest and least efficient plants. Additionally, the Company’s plan for compliance with the United States Environmental Protection Agency Mercury and Air Toxics Standards Rule at Crystal River Unit 1 and Crystal River Unit 2 will result in a reduction in their capacity of approximately 130 MW beginning in the spring of 2016. DEF still needs the Osprey Plant or, alternatively, if DEF cannot purchase the Osprey Plant, the Suwannee Simple Cycle Project by the summer of 2017 to meet its 20 percent Reserve Margin Commitment. The Company’s remaining need for additional generation capacity is now approximately 180 MW in the summer of 2017, growing to over 300 MW in the summer of 2018."

The Florida Department of Environmental Protection on April 28 issued a final air construction permit to Duke Energy Florida covering the installation of two nominal 178 MW simple cycle combustion turbines at the Suwannee River Power Plant to provide additional peaking resources at the facility. The new turbines would be designated Units P4 and P5. The Suwannee River Power Plant is located within the city of Live Oak in Suwannee County, Florida.

"The project includes the permanent shutdown of fossil fuel steam Boiler No. 3," the DEP added. "Its shutdown date will be commensurate with the commercial operation of the new units. During the initial startup and shakedown of the CT peaking Units P4 and P5, the existing Boiler No. 3 may continue to operate."