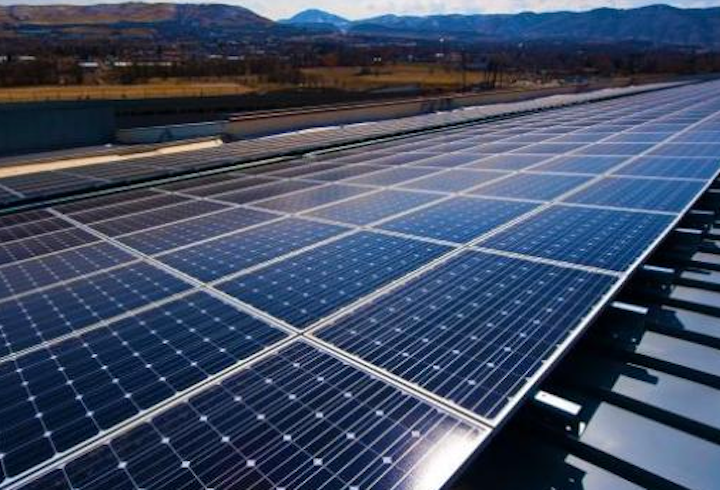 Duke Energy is venturing into solar power in a big way with plans to add up to 500 MW of utility-scale solar in Florida by 2024.

The addition of solar was filed as part of the company's 2015 Ten-Year Site Plan proposed to the Florida Public Service Commission (FPSC).

Construction of the first site — up to 5 MW — will begin later this year with 35 MW expected to be completed by 2018. These initial solar energy facilities will enable Duke Energy Florida to evaluate costs, and to monitor the effects of this resource on the electric grid infrastructure.

These investments will enable the company to meet a need for additional generation beginning in 2018 and to retire half of its Florida coal-fired fleet by that same year.

Since 2005, Duke Energy Florida has invested more than $2 billion on upgrades to its generating facilities that have reduced almost 9.8 million tons of carbon dioxide emissions. That reduction is equal to removing almost 2 million cars from roads or planting more than 2.5 million acres of trees.

Over the past eight years, Duke Energy has invested more than $4 billion in wind and solar facilities in 12 states and this includes the company's Stanton Solar Farm located in Orange County. The company plans to invest $2 billion to $3 billion in renewable energy in the next five years.

One megawatt of large-scale solar is equivalent to about 200 typical residential rooftop systems. The number varies by state and conditions.

For many years, Duke Energy Florida has advanced solar technology in its service area, including:

· Partnering with the University of South Florida in St. Petersburg to fund a $1 million solar photovoltaic (PV) installation that integrates a battery storage system on the school's campus.

· Funding more than $8 million to assist residential and commercial customers who installed about 2,000 of their own solar PV systems.

· Funding more than $7 million in solar PV system installations at about 50 K-12 schools to help foster renewable energy education. Some of these schools also serve as emergency shelters.

· Establishing a new Solar Service Center to safely and reliably integrate about 20 MW of rooftop solar owned by Duke Energy Florida's customers on the electric grid.