Wartsila, ABB to improve efficiency for power plant in Pakistan

Wärtsilä and ABB united their expertise to carry out a turbocharger upgrade for a Kohinoor Energy Ltd. power plant, located in Lahore, Pakistan’s second most energy-hungry city 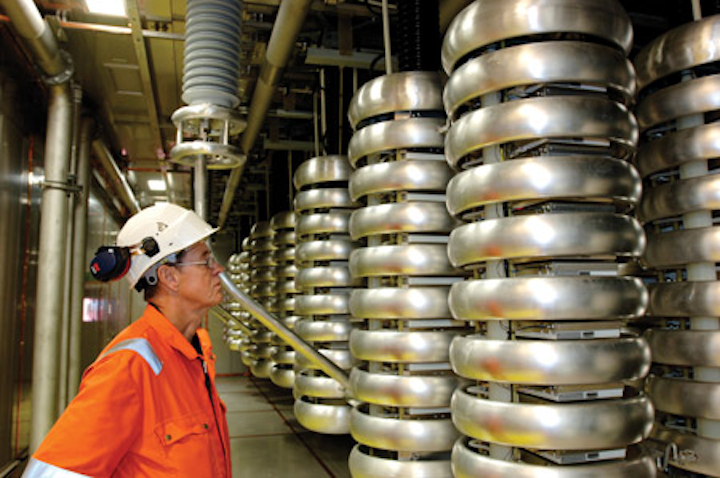 Wärtsilä and ABB united their expertise to carry out a turbocharger upgrade for a Kohinoor Energy Ltd. power plant, located in Lahore, Pakistan’s second most energy-hungry city.

Kohinoor Energy Ltd. owns and operates a 124 MW power plant, equipped with eight Wärtsilä 18V46 engines with a rated capacity of 15.68 MW each. The original turbochargers installed in the engines had completed their expected service life-cycle. Instead of an overhaul, Wärtsilä and ABB together offered a retrofit solution to provide increased efficiency and lower fuel oil consumption.

The retrofit was made possible by the two companies cooperating over a period of two years to develop this upgrade. Sixteen ABB VTR564-P turbochargers were originally installed in the Wärtsilä engines. Benefits of an upgrade instead of an overhaul were clear: the solution extended the projected economic lifetime of the engine, and reduced fuel oil consumption resulting in lower operating expenditure. Furthermore, Kohinoor Energy Ltd. could increase the reliability and annual capacity of the plant. Turbocharger maintenance costs also decreased notably.

Given the dispatch profile and operating parameters of the Kohinoor Energy Ltd. power plant, the Wärtsilä 18V46 modified engine showed improved performance with the new TPL76-C turbochargers by showing a 2.5 percent decrease in fuel consumption. In these measurements, the turbocharger efficiency was 5.4 percent higher with an increased speed margin. In addition, due to the re-tuning of the engine, the turbocharger’s inlet temperature dropped by 18 degrees Celsius, which has a positive impact on thermal loading and on the fouling of the engine.