The West Virginia Public Service Commission on May 26 authorized the Appalachian Power Co. and Wheeling Power Co. units of AEP for an overall increase in rates of $123.5 million 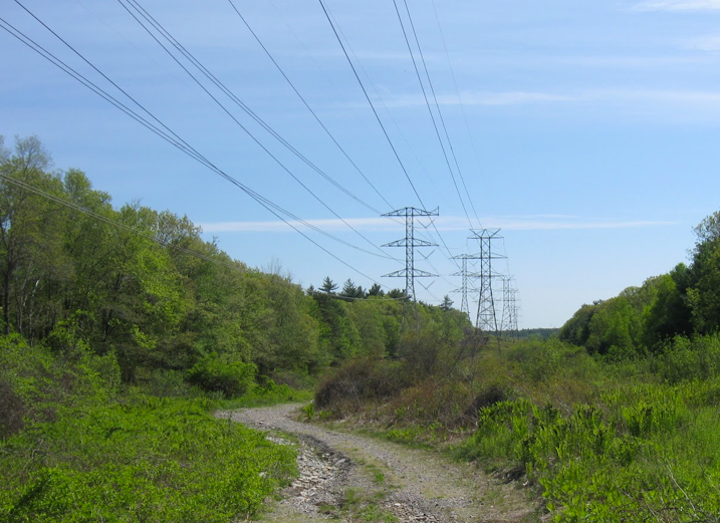 The West Virginia Public Service Commission on May 26 authorized the Appalachian Power Co. (APCo) and Wheeling Power Co. (WPCo) units of American Electric Power (AEP) for an overall increase in rates of $123.5 million.

Some of the issues involved had to do with the coal-fired capacity of these utilities. Notable is that earlier this year, Wheeling Power, up to then only a wires company, closed on a commission-approved deal to buy half of the coal-fired Mitchell plant in northern West Virginia from an unregulated unit of AEP.

No party took issue with including in rate base $411.3 million of utility plant for the 2013 APCo acquisition of two-thirds of the coal-fired Amos Unit 3. APCo had previously owned most of this power plant. The commission adopted the inclusion of $411.3 million in the utility plant accounts for Amos 3.

The companies included the full utility plant value of $972.890 million for the acquisition by Wheeling of the 50 percent undivided interest in the Mitchell Plant as rate base in their June 2014 filing, pending the commission's approval of that deal in a separate case. The commission granted that approval on Dec. 30, 2014, under a compromise deal between the parties that had some rate-making provisions. The commission in the May 26 order authorized $782.634 million for the Mitchell utility plant value and an unamortized balance of $19.230 million for the Comer’s Run regulatory asset be included in rate base for rate recovery in this proceeding.

The companies included $34.02 million of coal inventory for the Mitchell Plant in their filing. Staff recommended the Mitchell coal inventory be limited to 82.5 percent of the $34.02 million, or $28.067 million. No other party took exception to the staff position. "The Staff position is reasonable, consistent with the terms of the Joint Stipulation and will be adopted by the Commission," the commission said.

Staff, however, did address that issue in rebuttal and claimed that prior to the 2010 Rate Case, APCo normally adjusted the test-year coal inventory to reflect either a thirty-five or forty-day burn rate. Staff argued that the average, normalized coal inventory should be 1,339,621 tons, a level based on a forty-day average burn rate of 33,491 tons per day. Staff claimed that APCo’s generation fleet operated at a low average capacity factor of less than 38 percent during 2013, and these low levels of operation would contribute to the high level of coal inventory experienced in the test-year. The staff's higher burn rate of 33,491 tons per day was based on a 70 percent capacity factor, a capacity factor staff believed was more reflective of normal operations after several of APCO's coal-fired units are retired in June 2015.

Staff claimed that after APCo retires the targeted coal-fired units at plants like Sporn and Clinch River, and relies more heavily on the Amos and Mountaineer coal-fired generating units to meet its capacity and energy requirements, there will be less flexibility in coal supply in the event of supply disruption. Staff recommended that the higher forty-day burn rate be the basis for determining the normalized coal inventory level and recommended the inventory level be priced at the $71.26 per ton proposed by CAD to determine the coal inventory value.

An AEP witness argued that if the commission decides to establish the coal inventory on some targeted bum rate, the full-load burn rate should be used because it is easily understood, provides a consistent, stable comparison from year to year, and minimizes the risk of supply disruption. AEP claimed the 1,299,720 tons of coal inventory proposed by the companies for the determination of the West Virginia jurisdiction coal inventory value is based on full-load burn days of ten days for the Glen Lyn and the Philip Sporn power plants; fifteen days at the Clinch River plant; twenty-five days at Amos; and thirty days for Mountaineer. Glen Lyn, Sporn and Clinch River are to be shut by June 1 (two of the three coal units at Clinch River are to be brought back later on natural gas).

"The coal inventory issues presented in this case are troubling," the commission said. "The Companies recover their actual cost of generation fuel through the annual [Expanded Net Energy Cost] Proceeding and the Companies bear little risk in not recovering the actual cost of the fuel used in generation through the approved ENEC rates. The issue in this case involves what reasonable, normalized level of coal inventory should be included as rate base that will minimize the risk of not operating those generation units efficiently and reliably in the event of a supply disruption. The Commission must balance the need for reliability of supply in the event of supply disruption with the need to include a normalized level of coal inventory that will be recovered in rates at a reasonable cost to the ratepayers. Although both the Companies and opposing parties have made arguments for their positions, the record confirms that there are a number of factors that cause uncertainty about the appropriate level of coal inventory."

The May 26 order said on this point: "The Commission will adopt the Staff level of coal inventory for the non-Mitchell generation units of 1,339,621 tons. That level of coal inventory is based on an average day burn rate of forty days and is reasonable, particularly given the average daily burn rate is determined using a seventy percent run rate, a run rate significantly higher than the actual run rate experienced during the 2013 test-year. The Commission understands the argument made by the Companies that the average price of coal in inventory can be different from the average cost of coal burned because of the mix of high and low sulfur coal, market conditions, contract terms, delivery options and many other issues. ... The Commission will price the coal inventory tonnage at $71.26 per ton as proposed by CAD and supported by Staff."

There was also some ratemaking consideration to the costs of a long-abandoned plan to build an integrated gasification combined-cycle (IGCC) coal facility at the Mountaineer power plant site. "The Commission will allow an amortized recovery of the jurisdictional portion of the IGCC Study costs," said the order. "The record of the IGCC case, Case No. 06-0033-E-CN shows that the study was undertaken in good faith and to support the certificate application. The timeline of the filings and Commission Orders first granting and then rescinding a certificate in the IGCC case are relevant when evaluating ratemaking treatment of the IGCC Study. The Commission concludes that the Companies’ adjustment, supported by Commission Staff, is reasonable and should be allowed."

The companies also sought cost recovery for a Carbon Capture and Sequestration (CCS) project and Front End Engineering Design (FEED) study for a commercial-scale facility at Mountaineer. AEP last decade did a pilot CCS project capturing a small portion of the flue gas from the 1,300-MW unit at Mountaineer, but later gave up U.S. Department of Energy funding for a scale-up project, saying the larger project was no longer economic. The companies wanted to recover CCS operational costs of $10,835,475 over a five-year period and FEED study costs of $1,062,615 over a five-year period.

"The Companies have justified the requested allowance for continuing operational costs to monitor the wells at the CCS project," said the order. "The FEED study costs for the CCS project were prudently incurred and will be allowed in rates. The Commission concludes that a seven-year amortization of the West Virginia jurisdictional share of the FEED study costs of $1,062,615 is appropriate in lieu of the five-year period requested by the Companies. The Commission has recognized seven years as the customary period of time for amortization of deferred costs that were not afforded rate base treatment, and no persuasive argument has been made for a shorter period of time."

Incidentally, Billy Jack Gregg, working for CAD, offered in a May 19 filing in the annual ENEC case for these utilities this description of the planned coal plant closures: "APCo is closing all of its sub-critical coal generating units — Glen Lyn Units 5 and 6 (325 MW), Clinch River Units 1 and 3 (460 MW), Sporn Units 1 and 3 (288 MW), and Kanawha River Units 1 & 2 (400 MW) — totaling 1,473 MW of capacity, prior to June 1, 2015. However, Clinch River Unit 1 will be converted to gas with an in-service date of December 2015, adding 242 MW of capacity. Clinch River Unit 2 will then be taken out of service and likewise converted to gas-firing. When Unit 2 re-enters service in May 2016, APCo will have an additional 242 MW of capacity. Any additional capacity resource needs over the next ten years are expected to be met by a combination of rerates of existing generation, demand-side management, wind resources, utility-scale solar, and volt VAR (volt-ampere reactive) optimization (VVO)."