From spring 2015, the system, equipped with an electrolyzer from Siemens, will convert surplus electricity from wind farms to hydrogen 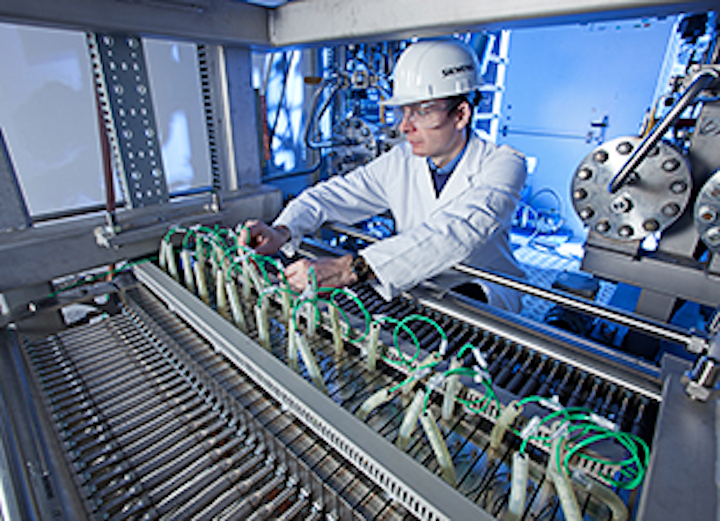 In the German city of Mainz, Siemens, together with the public utilities of Mainz, Linde and the RheinMain University of Applied Sciences, has laid the foundation stone for a new type of energy storage system. 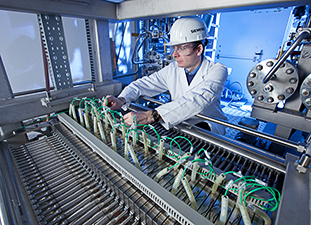 From spring 2015, the system, equipped with an electrolyzer from Siemens, will convert surplus electricity from wind farms to hydrogen. The hydrogen will then be stored locally in tankers or fed directly into the natural gas grid for subsequent power or heat generation.

In this way, it will be possible to store electricity from renewable sources over longer periods of time. The tankers will also be able to supply the growing network of hydrogen filling stations for emission-free fuel-cell vehicles.

The system will have a peak rating of up to 6 MW. The project, which will cost 17 million, is being financed with the support of the German Federal Ministry of Economics and Technology as part of the Energy Storage Funding Initiative.

The principle of electrolysis has been tried and tested for decades. What is special about the Mainz system is that it involves highly dynamic PEM high-pressure electrolysis that is particularly suitable for high current density and can react within milliseconds to sharp increases in power generation from wind and solar sources.

In this electrolyzer a proton exchange membrane (PEM) separates the two electrodes at which oxygen and hydrogen are formed. On the front and back of the membrane are precious-metal electrodes that are connected to the positive and negative poles of the voltage source. This is where the water is split. The system in Mainz will thus have a capacity relevant for bottlenecks in the grid and small wind farms.